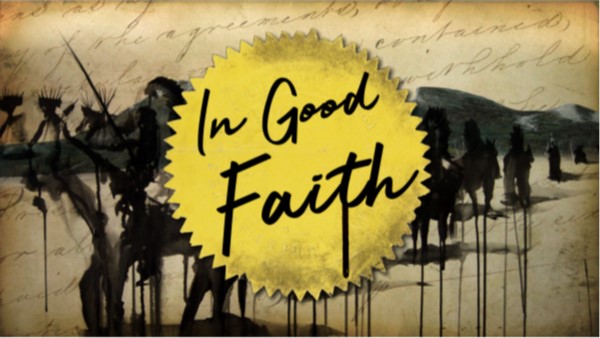 Join us for two documentary screenings at the Sacajawea Center in Salmon, ID. Produced by Naka Productions, Inc., award winning video production company in Charlotte, NC, IN GOOD FAITH is a documentary that centers around the work of Dr. Orlan Svingen, professor of history at Washington State University (WSU), and his ongoing work with the Mixed Bands of Shoshone, Bannock and Sheepeater Indians at the Fort Hall reservation near Pocatello, Idaho. Through his decades of work with Indian tribes across the U.S., Dr. Svingen has developed strong relationships at Fort Hall and forged the creation of Indian history field schools that are conducted in Central Idaho and Southwestern Montana.

Since 2010, Dr. Svingen and his students have researched the Virginia City Treaty of 1868, negotiated and signed almost 150 years ago by Chief Tendoy. It was signed, in good faith, by the US government and tribal members, but never ratified. Though never ratified, the US took all that was promised to them and, in return, granted the tribe an Executive Order reservation, a far cry from the terms of the treaty. Dr. Svingen, researching National Archives microfilm, found the “Holy Grail.” It was the signed and sealed Cession Document that clearly laid out the parameters of the treaty and the boundaries of the lands the tribe gave up – over 12,000 square miles of territory in Wyoming and Montana.

With these findings, the Mixed Bands have started the legal process to right the wrong and proceed IN GOOD FAITH.