Happy New Year! I always enjoy taking time to reflect on what we have accomplished at the Sacajawea Center over the past year with your help and support and 2017 was another banner year. 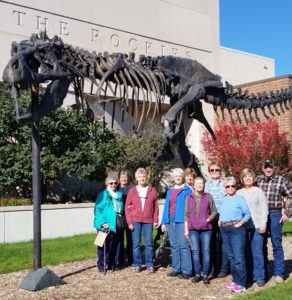 The docent program continues to bring cream of the crop community members to volunteer in the Interpretive Center one day a week. In 2017 the Center had three new volunteers and ten returning docents. We enjoyed a trip to the Ravalli County Museum in May to see a new exhibit, “The Journey of the Niimiipuu People,” which was an extensive history of the tribe. In October we took our fourth overnight field trip, this year experiencing the Museum of the Rockies in Bozeman, Montana. The Museum has a large dinosaur exhibit, much of which was excavated in Montana and throughout the West. We got a private tour from an amazing docent who has been there for over a decade. There were also several exhibits on the native people of the area.

Our second season hosting onsite volunteers was just as wonderful as the first. Two couples joined us for the entire summer, the McMillians from Texas and the Maiers from North Carolina. They spent time working in the interpretive center and community garden, doing interpretive talks and developing program props for future volunteers, pulling weeds, working with our groundskeeper, and deftly navigating the barrage of requests I threw at them daily.

In the last year we have installed ten new interpretive signs onsite and the eleventh will be put in once the ground thaws in the spring. Four of the signs were funded the Steele-Reese Foundation and developed by the Shoshone-Bannock Tribe. They cover topics including cultural lifeways of the tribes, Cameahwait, Chief Snag and Chief Tendoy, as well as Sacajawea. The remaining signs were funded by the Governor’s Lewis and Clark Trail Committee and cover topics related to the Corps of Discovery’s time in Lemhi County. The Center is grateful for the help of the Lemhi County Historical Society and John Logan for the completion of the project. We are excited to be able to provide this information to visitors, especially when the Interpretive Center is closed in the off-season. All the signs are along the paths by the Amphitheater, allowing visitors with less time or mobility to experience them.

Steele-Reese Foundation funding was also used to build a picnic area east of the Amphitheater. The new picnic area includes a fire pit and a barbeque grill, installed in 2016, and this shade shelter built by Steve Drippon and Ronnie McMillian over the summer. After construction the shade structure immediately became a favorite lunch spot for locals and visitors alike. The final touch for the area will be a permanent picnic table and benches, to be assembled in the spring. 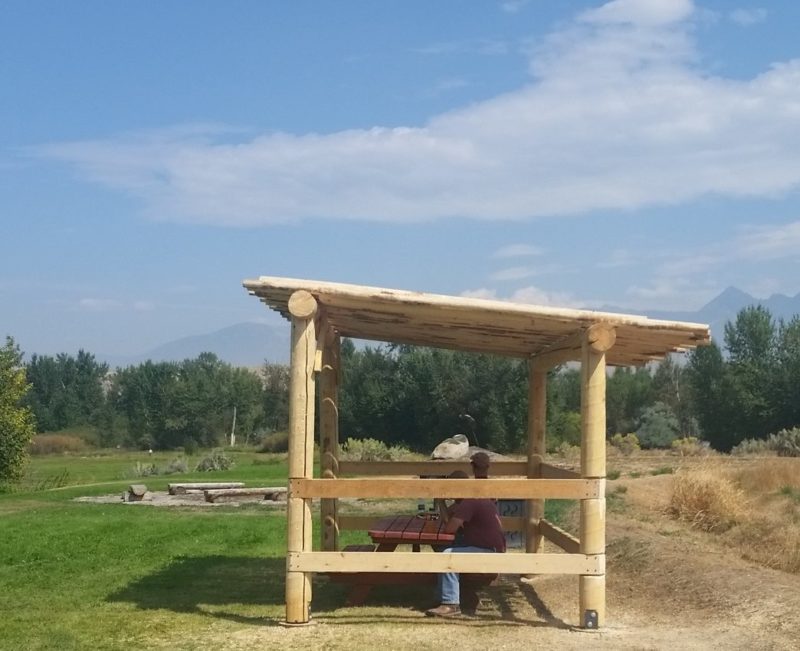 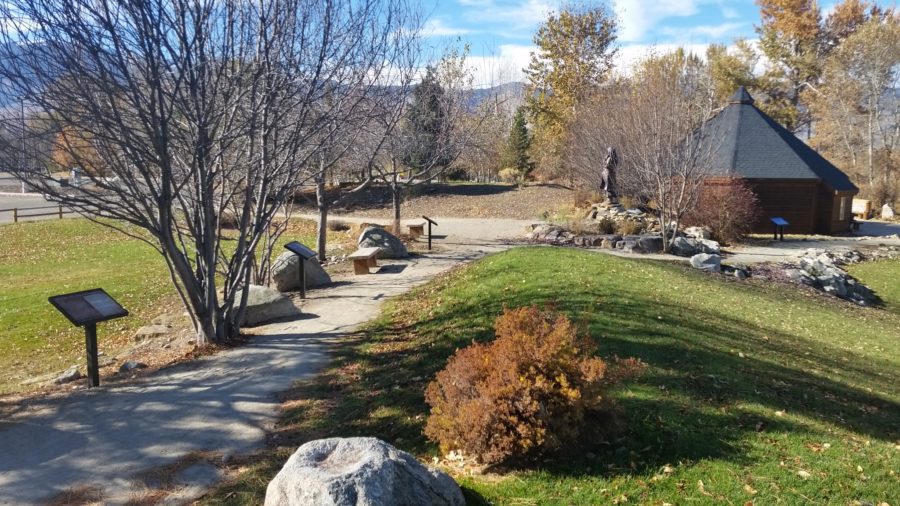 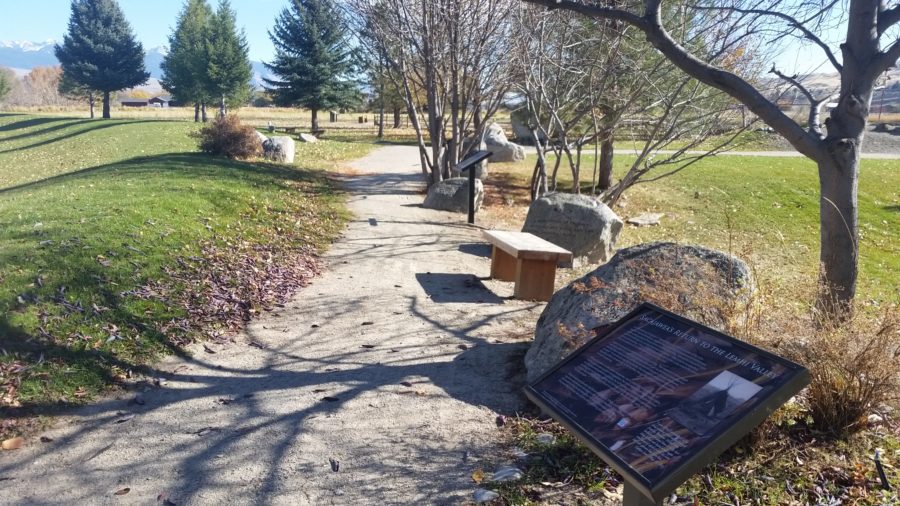 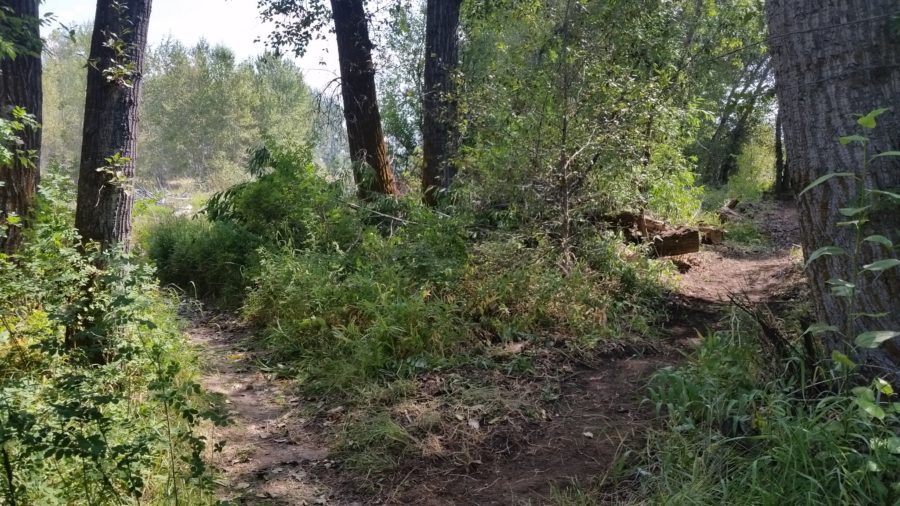 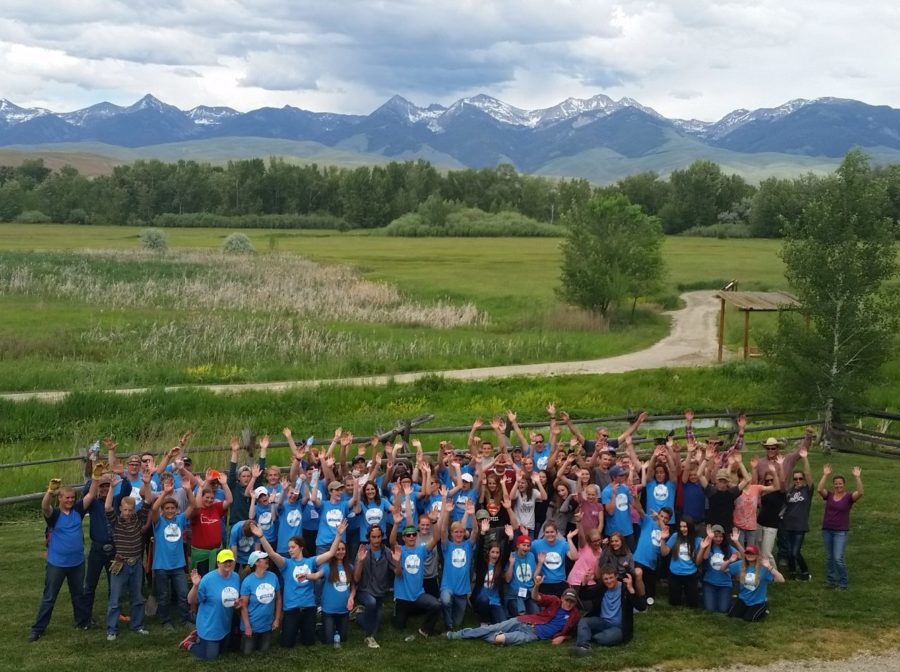 The Center had two large groups of volunteers that helped with much needed grounds work onsite. In June the Salmon and Middleton Youth Conference pulled truckloads of weeds, cleared hedges, removed old fencing, and worked in the community garden. In September the Student Conservation Association (SCA) Idaho Corps hosted a Day of Service. Local community members and the SCA crew built a new section of nature trail, as part of the trail was washed out due to the Lemhi River flooding in the spring.

There are many other things I would love to highlight but I need to make a shout out for 2018, which marks the Center’s fifteen year anniversary! We would not be here without the support of our community. We are forever grateful. Follow us on Facebook at www.facebook.com/SacajaweaCenter to stay up to date with programs and events celebrating the Center this year. As always, we hope to see you onsite this season.