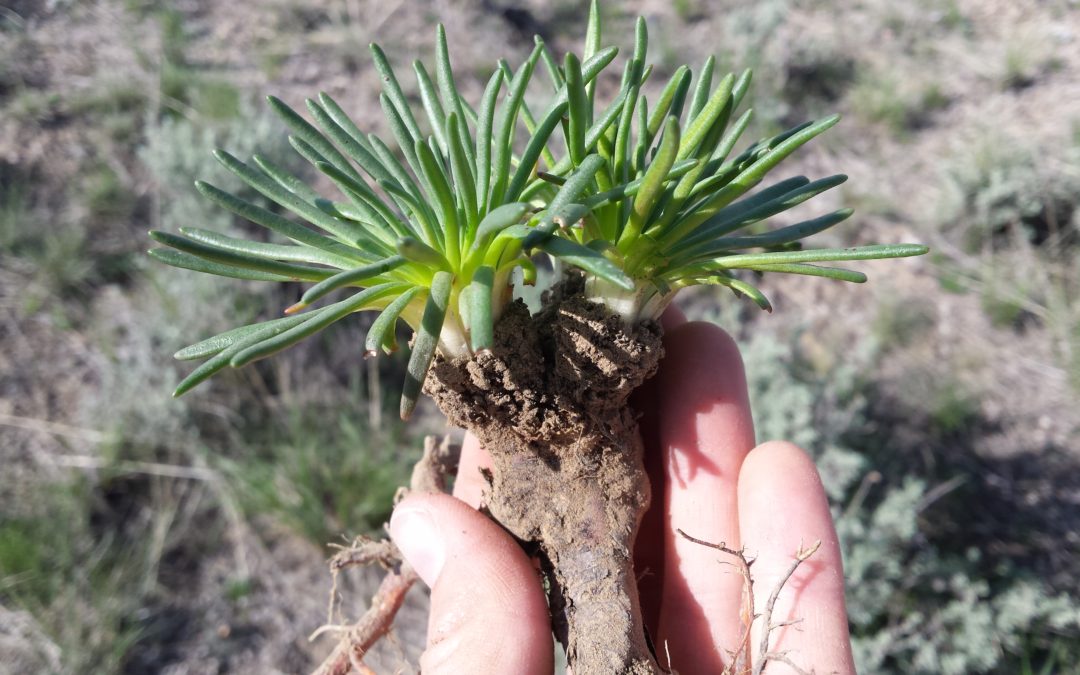 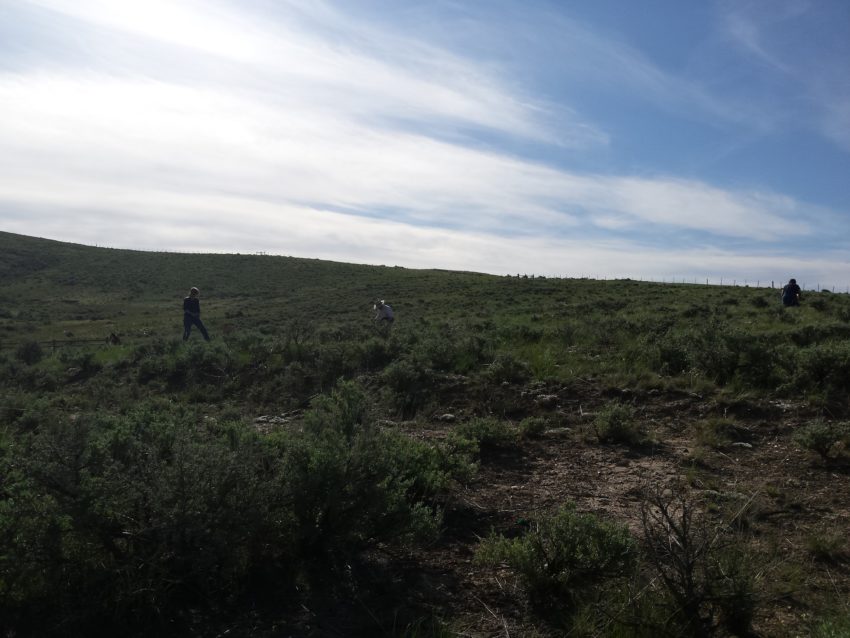 The best time to harvest bitterroot is mid-spring, before its flowers have begun to form. So last week, on a sunny morning, we set out to collect some bitterroot that will be used at the Outdoor School this season. Bitterroot was a staple food for the Shoshone-Bannock, who harvested it every spring. When it blooms, bitterroot is a showy pinkish flower – growing low to the ground among the ball cactus, bunch grass, and sagebrush. 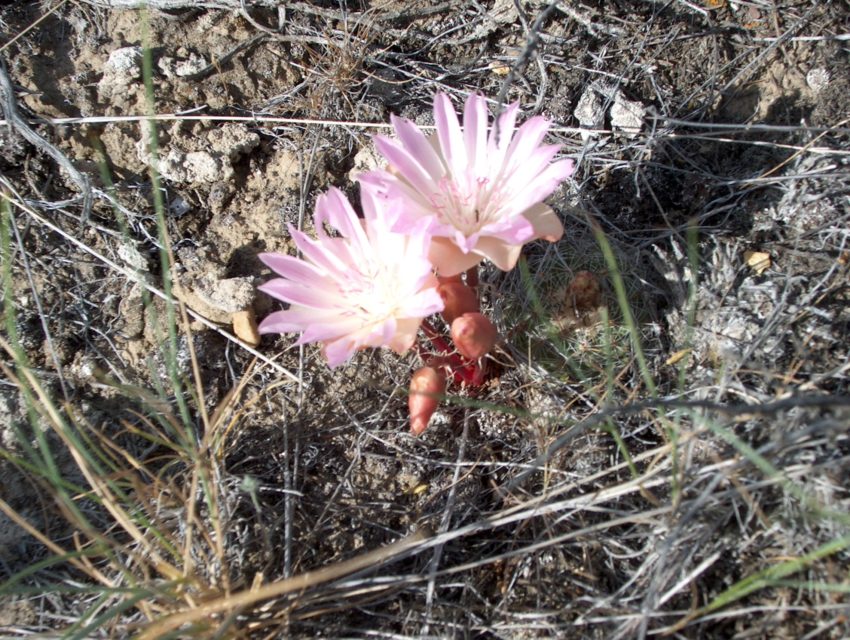 Before the flowers of the bitterroot form you might not notice this unassuming plant if you aren’t looking for it. Its leaves look similar to other succulent plants – such as aloe – thick and fleshy to help it retain water. By the time the flower forms the leaves are long gone and if you wait too long, and harvest the plant when it is blooming, you will find it to be far less palatable than earlier in the season. But, if you catch the plants before the flowers begin to form the roots are less bitter. Native Americans would harvest bitterroot with a digging stick made from a stick hardened in the fire or a deer/elk antler. We used hand weeders to loosen the soil around the plants and pull them out of the ground without disturbing the roots too much. 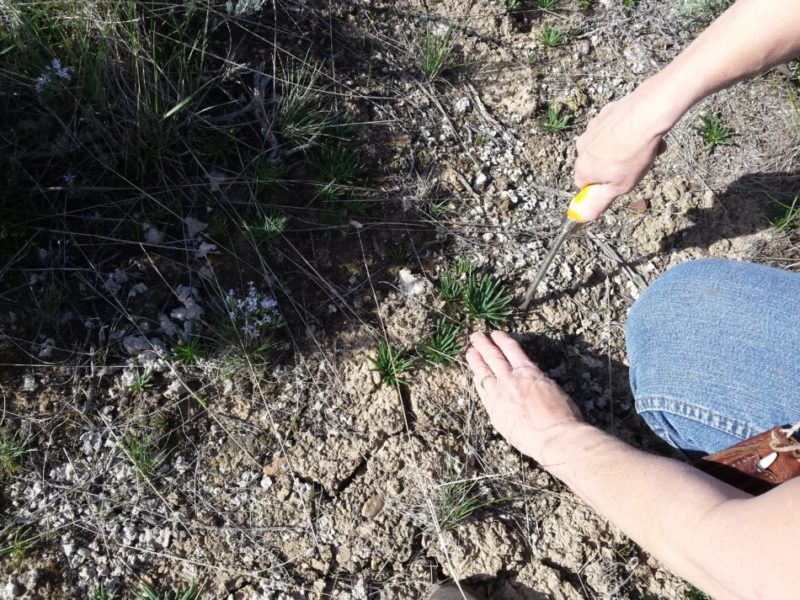 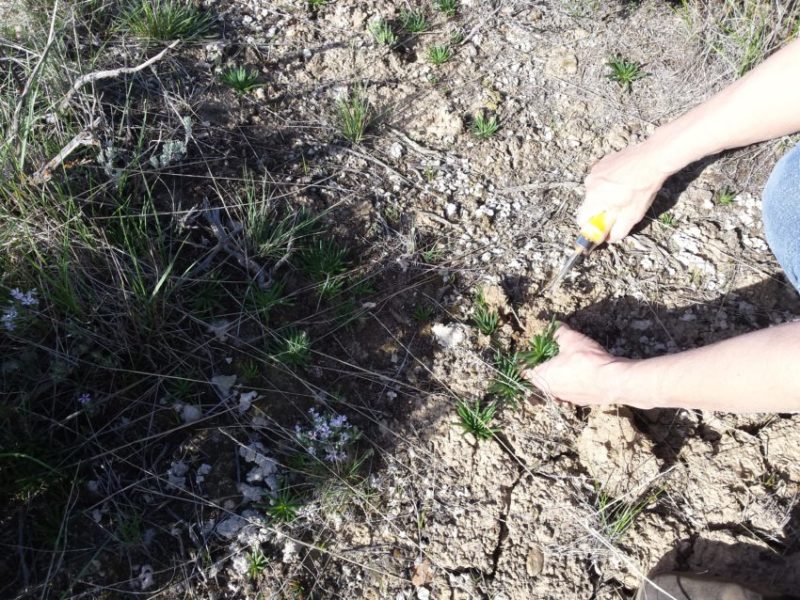 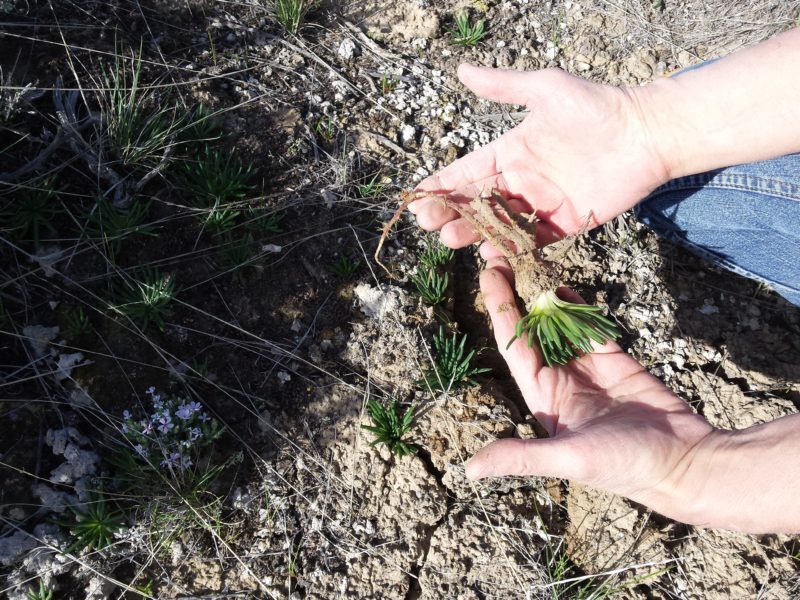 Once the plant is pulled out of the ground the roots are stripped of their outer most layer revealing the edible, fleshy root. If this is done in the field, or soon after harvest, the outer skin easily slips off the root. The goal is to take off as much of the reddish brown skin as possible because it is more bitter than the rest of the root. Once the skin is removed the roots are set out to dry in the sun. The Shoshone-Bannock would store the roots in parfleche or similar rawhide bags and eat bitterroot throughout the year. Bitterroot would be boiled or pounded down into a meal and mixed with other plants. 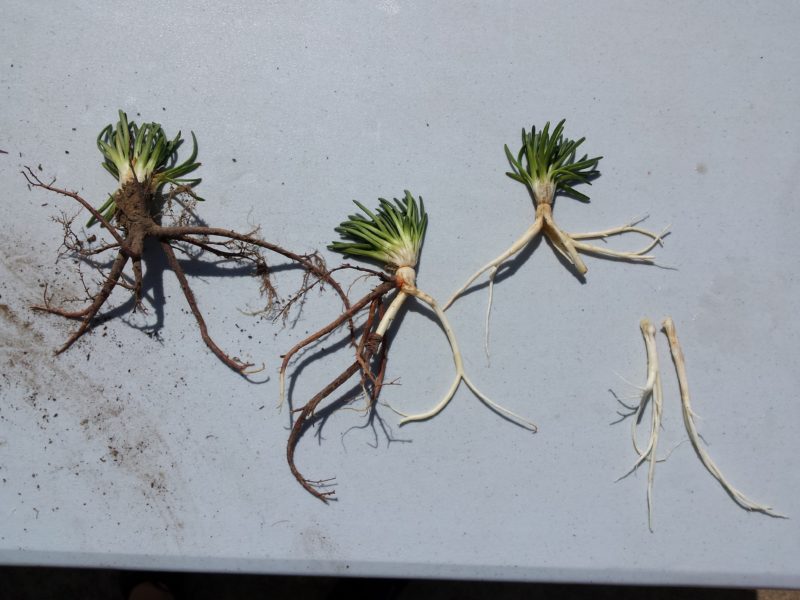 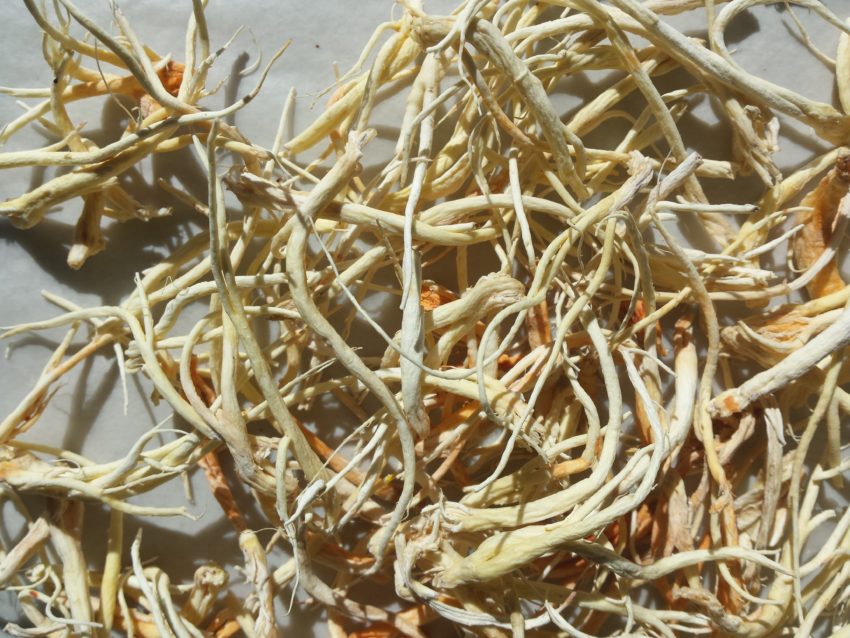 The first time bitterroot was recorded by Euro-Americans was by Captain Lewis at Camp Fortunate, a day before the party began their trek over Lemhi Pass into the Salmon River Valley.

“another species was much mutilated but appeared to be fibrous; the parts were brittle, hard, of the size of a small quill, cylindrical and as white as snow throughout except small parts of the hard black rind which they had not separated in the preparation.   this the Indians with me informed were always boiled for use. I made the experiment, found that they became perfectly soft by boiling, but had a very bitter taste, which was nauseous to my palate, and I transferred them to the Indians who had eat them heartily.”