Road Scholars Volunteer at the Center 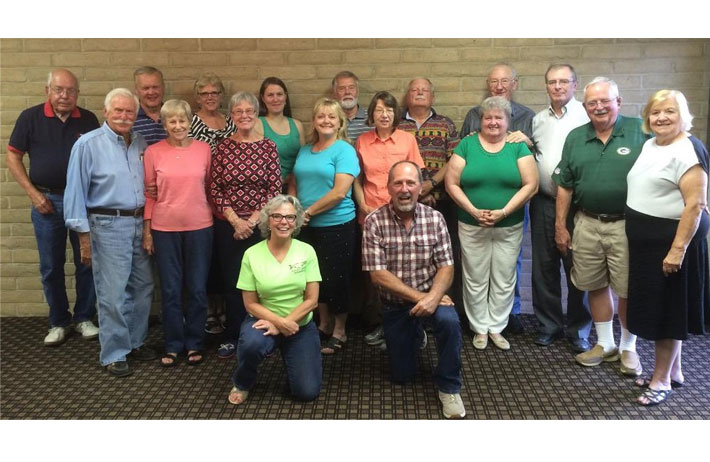 On August 23rd, 2015 Road Scholar participants and their crew leader arrived at the Sacajawea Center to do 5 days of much-needed maintenance and improvements onsite. Road Scholar (formerly Elderhostel) is an organization that arranges “learning adventures” all over the world.

Only a small portion of the Road Scholar trips are service-oriented. Most include an educational component about the local area as well as about thirty hours of service work. Some of those attending this year had visited the Sacajawea Center in the past as part of volunteer groups in 2004 and 2009. Many of the volunteers were also members of the General Electric ELFUN Society, a group of GE retirees and employees who give back to their communities through volunteerism.

The Center had a number of projects the Road Scholars were able to complete during their stay in Salmon including installing a new gutter and painting the front of the garage, removing a boardwalk and replacing it with a gravel pathway, building a plank door and shutters for the Kilpatrick cabin, creating a patio in front of the Learning Center basement, re-staining benches, fencing and signs, repainting picnic tables and outbuildings, pruning trees, weeding, organizing and cataloging the research library, fixing the boardwalk by the horse exhibit, repainting engraved stones along our Trail of Many Thanks and a number of other small projects. 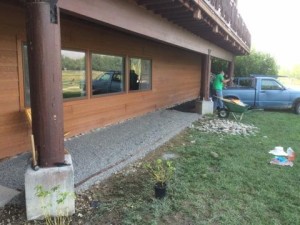 A Heartfelt Thanks to the Road Scholars

On Friday the Road Scholars helped move replicas of Meriwether Lewis, his dog Seaman, and William Clark to their new home in the Interpretive Center. These figures were given to the Center by the Idaho State Historical Museum as the Museum is renovating and updating their displays. With the help of these generous volunteers, the Sacajawea Center is looking smart as the season comes to an end. We are so very grateful for the time this group put into the Center. Their marks have been made. We value and acknowledge their hard work and hope one day we will be fortunate enough to host the Road Scholars again.